The Pro’s and Con’s of Licks

So, over the time I’ve been playing, I’ve been instructed at various points to “learn licks” and “don’t bother learning licks”. In this post I’d like to discuss what I’ve found in terms of the pro’s and con’s. 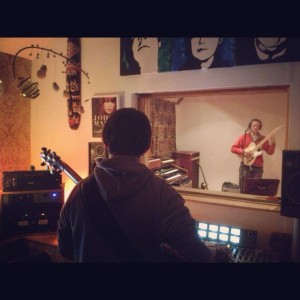 What is a lick?

A lick, in modern musical terms, is basically “a stock pattern or phrase” (defined in the book “Studying Popular Music” by Richard Middleton). It’s that basic. Some licks are as short as a beat, others seem to go on endlessly. Some are pattern based, others don’t repeat the same note twice. You can learn a lick from someone else or come up with your own. But they all have two things in common, in my opinion; content and context.

Content – The actual notes, rhythm and structures contained in the phrase
Context – The situation in which the content is played, in other words the time and the chordal harmony.

Sounds weird, right? How does that work?

Let’s draw a comparison with language, because music is basically another language we communicate with. We learn complete phrases comprised of words when speaking, but in music we use notes/pitches instead of words. These are learned via reading, or learned aurally (heard). We then learn what the context of the sentence is. In other words, which situation we use it in (in musical terms, this is the chord/chords the lick is used on). After this, we use either the whole phrase or fragments of it to make our own phrases/sentences, based on the knowledge we have gained from the initial phrase. We can also use our own phrases in different contexts if we want to.

Here is an example:

Core Content – Negative return, meaning getting out less than you put in.

New Phrase – “Dave got a negative return when he bought that girl a drink at the bar.”
Context – Dave got nothing for spending his money on buying the girl a drink.

To my mind, when it comes to music, licks are a way for people to deduce structures they can then apply in similar contexts. The point which most people fall down on, in my eyes, is they learn a lick and what chord it goes with, and then play that lick whenever they see that chord.

That’s all well and good but to me it shows that they have not absorbed the content of the lick, they are instead just playing the exact lick whenever they see that same familiar context. You should be able to expand it, contract it, increase the range of it. Hell, you should be able to manipulate it in any way you want to express yourself as a musician, not express yourself the same way someone else did.

So what are we looking for in terms of content when we learn licks? I look for structures, including any scales or arpeggios, rhythmic patterns, notes which are “outside” the harmony and notes either side of them, and how all these things relate to the chord progression, time, groove etc.

I cover this in much more detail in private lessons, as this is a methodology which takes time to refine, but it should give you an idea.

How do we learn licks but not learn licks? By learning them, but by paying attention not to the lick itself, but the underlying structure it is made of. We are learning licks, then learning structures, not licks. These structures can then be tweaked and altered to fit new contexts or the same one.

Hopefully this is of use to people, and as always, if you have any questions feel free to email me from my contact page.